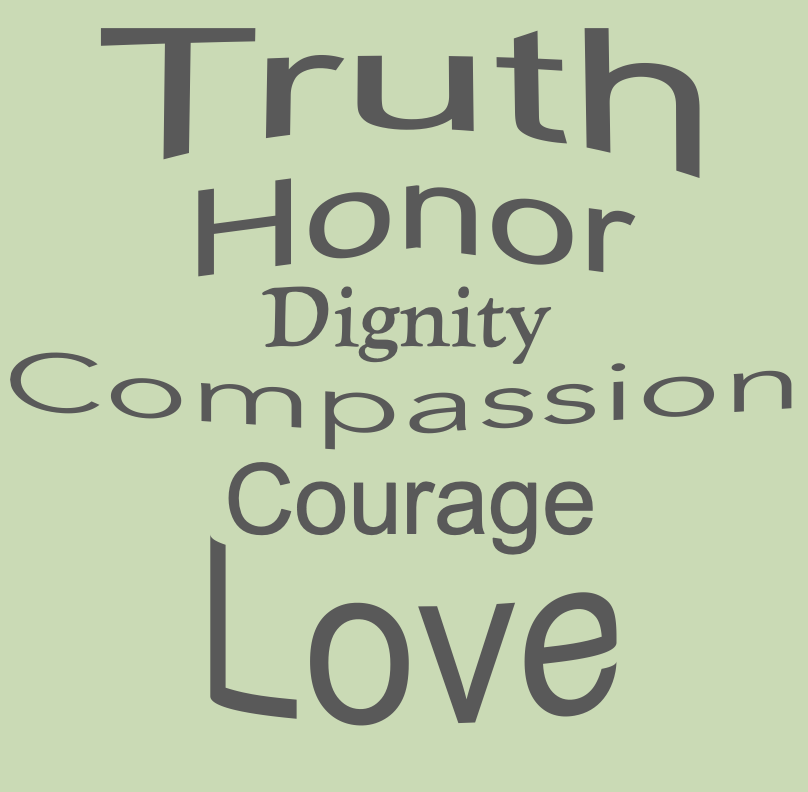 By Mark A. Goldman

There is a great misunderstanding as to what values human beings must study and adhere to in order to remain sovereign and in possession of their natural abilities, inalienable rights, and possible states of higher consciousness.

This lack of understanding has evolved because of the various social, educational, economic, and political institutions that humans have embraced or endured throughout history. These structures, regardless of their original intention or form, almost always evolve to eventually allow a relatively small number of persons to govern, with a concurrent ability to limit certain freedoms that citizens might enjoy. Eventually, the various power structures within each evolved society influences or allows those who have such power to make decisions that benefit themselves, rather than optimize the well-being of those they promised to serve and protect.

The values these “leaders” or “governors” and their constituents eventually adopt and live by have now resulted in a situation where, for the first time in recorded history, nearly every human being on our planet is at risk for near-term extinction or a genetically modified genome, resulting in their perpetual slavery to a very small number of other human beings.

Without trying to identify all of the values adopted in all cultures, surely none have resulted in the maximum possible freedom, health, and happiness for the many? Quite the opposite. What I suggest is that achieving an optimum result would require the deepest understanding and adherence by a critical mass of humanity to each of the following six words: truth, honor, dignity, compassion, courage, and love. If any person can understand and exemplify the deepest meaning of any one of these six words, they will inevitably exemplify all of them, because to fully explore, understand, and begin to exemplify any one of them, a person is inevitably forced to encounter, confront, and understand the other five. If a critical mass of human beings decide to seek the meaning of these words and live by them as they attempt to make all of their decisions, not only will their personal lives be transformed, but so will the structure of their society and all the societal institutions that serve them. It’s possible that nothing less than what I am suggesting will change the current trajectory.

If money, power, and/or security, for example, are only what people continue to strive for when making their decisions (instead of outcomes that also satisfy the values of all six words), then most human beings are possibly going to die or become genetically modified human slaves within our lifetimes.

To understand why I am saying this, one will have to begin to embrace those six words, because in my understanding the great mass of human beings today are not in touch with what is truly going on around them right now. And to strive for and acquire that knowledge must be their first objective. There’s plenty of evidence for those who truly intend to look for it. When enough people understand where they and their loved ones personally stand in the overall scheme of things right now on planet Earth, only then can things begin to change for the better, and new possibilities open up as achievable outcomes. How many people does it take to make a critical mass? I don’t know. But maybe the number is not as great as you might think.

I’m not saying that everyone has to believe in the same thing or have the same philosophy of life in order for everyone to be able to enjoy the life and dignity that nature or God intended for us, or at least made possible. But for most of us, being able to perceive and acknowledge reality as it exists is surely a starting point for facing the challenges that confront us. I am surely not alone in what I now see being planned by those in power.

Why The Loop Now
What Matters