Home » What Brought You to Vashon? 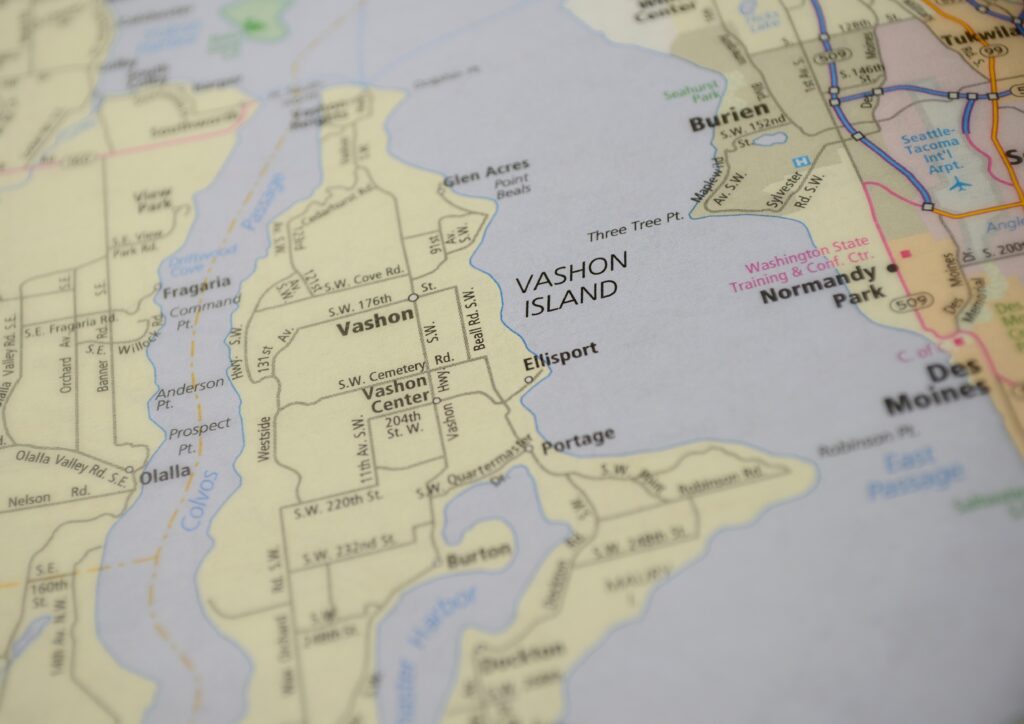 What Brought You to Vashon?

Bound for Vashon. We all have our path that brought us together onto this Rock. Each of our stories are unique, and some are truly inspiring. For Wayne and I, we had concluded that we just needed to get back to the Northwest.

Wayne and I met at the University of Oregon. He came west from Philadelphia, and I just a couple hours north from Coos Bay. We married and moved to San Francisco. My family lives primarily in Oregon, so we traveled yearly to visit, and each time I could feel the relief as the air and the picturesque trees lining the highway drew me back home.

After 16 years in the San Francisco Bay Area and a short three-year stint in Austin, Texas, it was truly time to come back. Our oldest daughter was graduating high school and our youngest was starting her freshman year. It seemed reasonable to make our move at that time, otherwise we would be in Texas for another four years. To be fair, Austin was a great place to live and we made some amazing friends. And for those who worry about moving their children from one state to another, I will say, the benefits may be ones you could never have imagined.

We weren’t set on Vashon, and we checked out several places closer to Mount Rainier, as Wayne was a mountaineer and I was just getting interested in climbing. But the thought of living near an active volcano concerned me.

We had some friends who lived on Vashon. They would tell us about these monthly collective dinners they attended and how close the community was. It sounded a bit like Mayberry RFD. It took almost 2 years for us to find our house. Amy Carey took us to so many very different and weird places. In the end, this house just went clunk!

Of course, that meant we needed to sell our house in Texas. It was 2002. The attack on the World Trade Center had impacted the market, houses weren’t moving, and we couldn’t buy the Vashon house without selling the Texas house.

Out of the blue, an old business colleague phoned. We’d given him financial support to develop some software back in the Bay Area, and he called to say he had an opportunity to sell it and needed Wayne to sign off on the transaction. We negotiated a buy-out of our share, giving us what we needed for the down payment on our Vashon home! Soon after, a buyer for our Texas house came forward with a rent-to-own offer, which we happily accepted.

In our view, our move to Vashon was meant to be.