Home » What Brought You To Vashon? 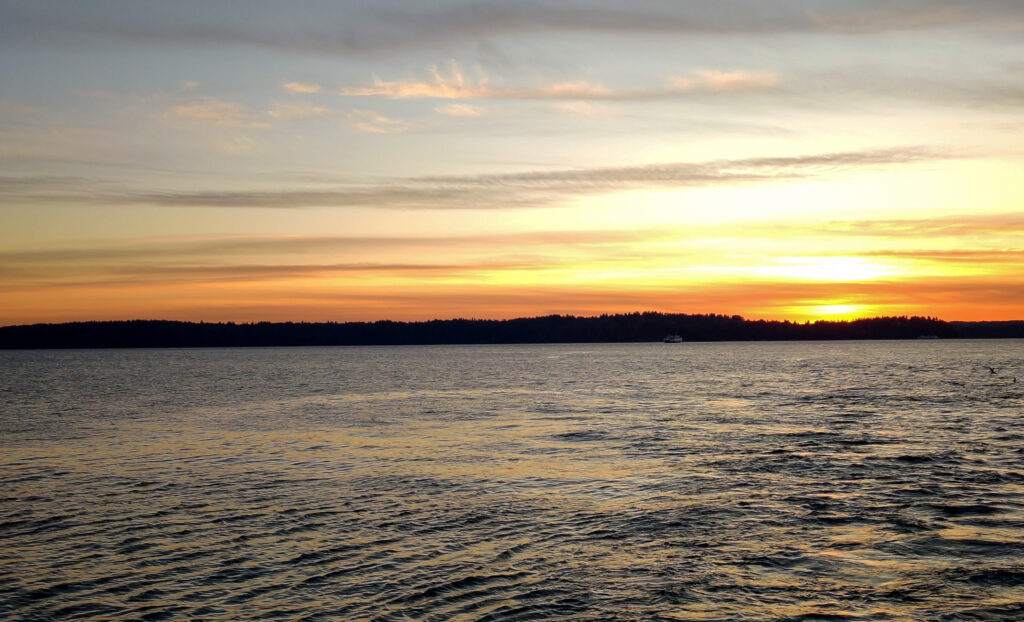 What Brought You To Vashon?

Many years ago, after deciding to leave northern California and continue exploring the West Coast, I checked in with a new friend of mine in Arcata. He asked where I was going, but I wasn’t sure. I told him I wanted to go north. He said: “I know exactly where we are going. Vashon Island. My home.”

“But wait one more day,” he continued, “I think I know someone who wants to come with us.”

Sure enough, Ben wanted to go, so we set off that next day. Hitchhiking was the plan, and despite being three guys on the side of the road, we got picked up almost immediately. Eagle was the driver’s name. He was great. He drove us up into Oregon, and instead of just dropping us off, he bought us a hotel room, pizza, and beer.

The next morning, we were off again hitching on the side of the 101. It didn’t take long to catch a ride further north. When we got dropped off next, we were able to catch a city bus all the way to Portland. On the ride, someone asked us if we were going to the “Foghat and Doobie Brothers” concert. We were now!

After hopping over the fence, we were ready for the show. The crowd was not quite what I expected. They were, let’s just say, of a higher tax bracket than us. They were mostly just standing and watching. We were mostly just dancing. Even though we stuck out like sore thumbs, we may have been the only ones that truly fit in.

The next morning, while walking around where the show was the night before, I saw a friendly face waving to us. She had seen one of us previously at a gathering and wanted to say hi. The guys were ready to continue north, but I decided to stay and get to know Sarah better. After a couple of weeks, she and I traveled north together.

By the time we got off the ferry, it was late and getting dark. Hitchhiking didn’t seem to be a problem, though. We asked our driver where we might camp for the night. They gave us a ride to KVI beach. The tide was high the next morning when we woke up. It was a beautiful sunrise, my first day on Vashon Island.

10 Things to Know About American Healthcare That Industry Insiders Will Not Tell You, Part I
TideLines