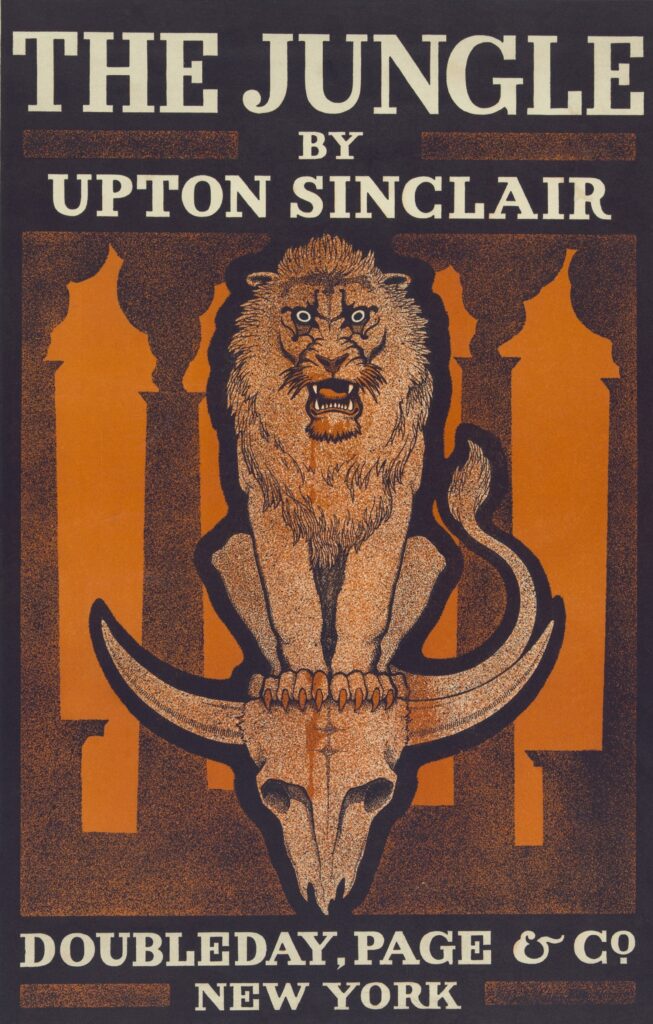 Written roughly 100 years ago, Upton Sinclair’s novel, “The Jungle,” captures the breadth of human behavior, both then and now.

There is an interesting fact about fictional stories. No matter how far the author’s imagination strays from what is considered real or mundane, the fundamental basis of their work, the world, the characters, and the story arc are grounded in objective reality. We, as humans, have a very hard time creating a truly original idea. Instead, we rearrange, rebuild, repackage, and reshape what enters our mind into something “newish” rather than “truly new.”

This is always true, but with historical or urban fiction (reflective of the current day), the reality within the story can be exceedingly painful, brutally honest, and hard to accept. When such a story meets a large enough audience at just the right time it can stimulate concrete change in the real world. “The Jungle” did exactly this.

Upton Sinclair’s fictional account of a young, newlywed couple, recently immigrated from Lithuania – and the horrors they were unable to avoid as they landed in an exploitative region of Chicago – was originally published serially in 1905 in a weekly paper, “Appeal to Reason.” As the political winds shifted, “The Jungle” was republished as a complete novel in 1906. In response to the exposé, President Theodore Roosevelt commissioned the Neill-Reynolds Report and, upon discovering that “The Jungle” accurately represented the meatpacking industry in Chicago (and other industrialized cities), he went on to push two bills through congress: the Meat Inspection Act and the Pure Food and Drug Act (which eventually became the U.S. Food and Drug Administration).

Think fiction doesn’t matter? Imagine America today without the FDA? Whatever your opinion of this agency – its consistent, daily effect on our lives is without question.

Why was “The Jungle” so impactful? I believe it’s because the story is so well-told. While the events of the day, the issues needing to be addressed, and the awful details of the novel were contemporary at the time, “The Jungle” does not read like a dry, partisan rant. It’s also not didactic or boring. The book is riveting. The characters are fully fleshed out and their tragedy is both epic and intimate. We can relate, and that’s hard to achieve. No wonder the story had such a huge impact on American society!

Born in 1878, Upton Sinclair was more than a story-teller. He ran for political office multiple times, always as a Socialist, including in 1934 when he sought the Governorship of California. According to Britannica: “He was defeated by a joint propaganda campaign, orchestrated by the conservative political and business establishment, newspaper moguls, and Hollywood studio bosses, who brazenly portrayed him as an American Communist. Using admen, media consultants, and assorted “dirty tricks,” the anti-Sinclair battle has been called one of the most well-orchestrated smear campaigns in American history; bogus interviews were staged and run as legitimate newsreels in movie theaters, a forerunner of “fake news” and the attack ads on television decades later.

Sinclair recounted the campaign in “I, Candidate for Governor: And How I Got Licked” (1935), and said about his experience in politics: “The American People will take Socialism, but they won’t take the label. I certainly proved it in the case of EPIC. Running on the Socialist ticket I got 60,000 votes, and running on the slogan to ‘End Poverty in California,’ I got 879,000.”

This drives home one final point that readers of “harsh history” may sometimes miss. Such novels are not written by hopeless authors, living on the thin, sharp edge of despair, with nothing but pessimistic thoughts running through their heads. There is love in Upton Sinclair’s rendering of the meatpacking industry. There is faith that “the people” will care enough to read the stories and take action. There is commitment to spending one’s life bettering the world. And, there is hope.

march March Twisdale has called Vashon Island home for nearly twenty years. A lifelong advocate of independent thought, March believes there are as many right choices as there are people in the world. She looks forward to bringing inspiring content to Vashon Loop readers, as she's done for eight years with her radio show - Prose, Poetry & Purpose. Find her on Substack.com by searching "Our Thoughts Matter."