Home » The Problem With Anti-Lectin Diets 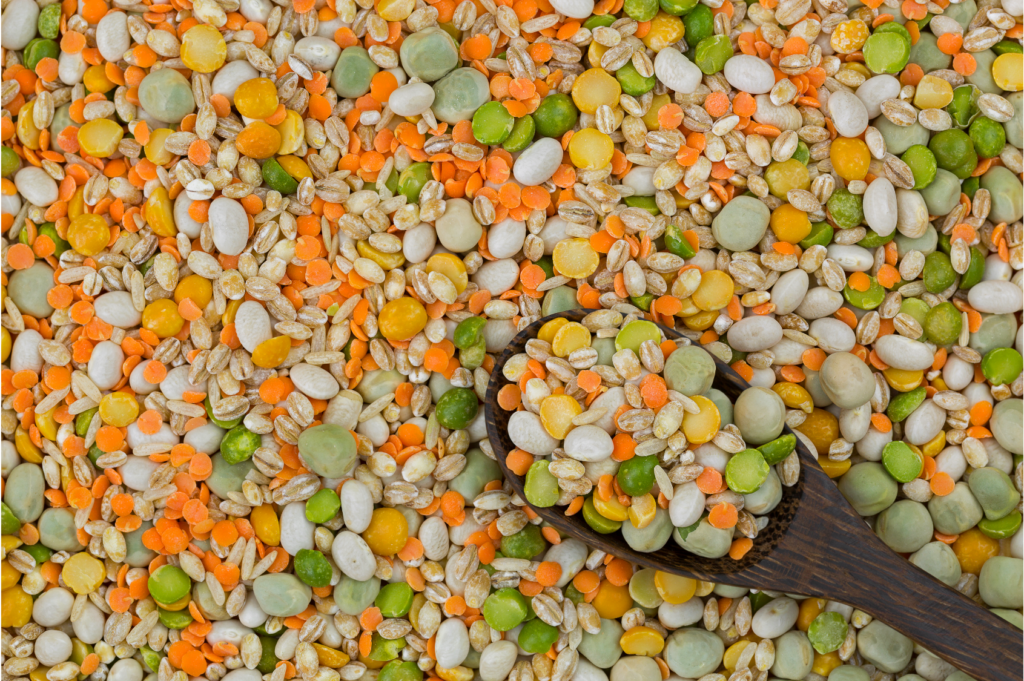 The Problem With Anti-Lectin Diets

Lectin-free diets seem to come and go with some regularity. At present, Dr. Steven Gundry’s “Plant Paradox” is the most popular version. Anti-lectin diets urge people to stop eating all grains, legumes, and nightshades. They claim that these specific foods contain lectins, a type of protein that binds sugars and can cause cells to stick together. When eaten, lectins allegedly create a “leaky gut” situation (or porous intestinal lining) that allows whole lectins to enter the body. These undigested proteins trigger an immune attack and inflammation, resulting in scores of problems, ranging from acne and alopecia to autoimmune conditions, depression, and Parkinson’s, to all types of weight issues.

I am very skeptical of these diets, to say the least. First, common sense suggests the lectin theory is wrong. Second, the scientific support is scanty. Third, the anti-lectin diets fail to eliminate lectins and, in fact, recommend that people eat some foods that are quite rich in lectins, while eliminating others.

Lectin proteins bind to sugars. They are abundant and ubiquitous: Humans, animals, plants, fungi, and microbes all make lectins. Lectins are involved in many biological functions, including how cells interact and how the immune system responds. Many are beneficial; we use our own lectins as a first line of defense against bacteria and viruses. Some plant lectins, such as ricin, are toxic. Lectins in uncooked beans, especially raw kidney beans, are damaging, but cooking destroys lectins, and humans as a rule do not eat uncooked kidney beans. One study showed that legume lectins were “disarmed” by sucrose when both were eaten at the same time. It is probable that the small amounts of natural sugars in vegetables eaten along with beans have this effect, as well.

Ultimately, the strongest evidence against the anti-lectin approach lies in the history of the human diet. Hunger-gatherers ate some legumes and grains, but beginning with the agricultural era some 10,000 years ago, most cultures began to eat a great deal of grains, legumes, and nightshades. Rice, soy, and wheat became staples in China; this was similar for rice, beans, and nightshades in Mexico and many parts of South America. Wheat and potatoes became staples in European and Slavic countries.  If the lectins in these foods caused the problems the anti-lectin diets claim, autoimmune conditions and other chronic ailments would have been very common in the past. They were not.

As well, we would see autoimmune conditions and chronic illness dwindling now, because people today eat far less of those foods than people did in the past. Instead, these ailments are increasing. Given that autoimmune problems were rare in cultures that ate a diet rich in lectins, and are common in today’s food culture that contains far fewer lectins, there is simply no logical reason to eliminate these foods wholesale from our diets. While it is possible to be sensitive to a particular grain, legume, or to nightshades, it is extremely unlikely that all of these foods pose a problem to anyone.

Finally, the anti-lectin diets are not lectin-free. They cannot be, because lectins are biologically important compounds found in some form in most plants, including fruits. Take mushrooms, for instance. Mushrooms are rich in lectins, but despite their many lectins, “The Plant Paradox” recommends eating lots of mushrooms, and even has a recipe for mushroom pizza.

Anti-lectin diets do eliminate many troublesome foods like white sugar and cow dairy, and many people’s health will improve from that alone. “The Plant Paradox” also makes a good point of encouraging people to eat only properly raised animal products. However, it makes no sense to adopt a diet that has you trading your quinoa, red rice, and tomatoes for goat milk ice cream, palm oil, and sugar alcohols. Those replacement foods are neither sustainable, nor good for your intestinal flora, or for you.

kathy I was born in Chicago, but mostly grew up in Sweden. After completing high school, I moved back to the US to attend college and graduated with a degree in neurobiology with a minor in biochemistry and French from the University of California at Berkeley. Immediately after graduating, I spent a year doing quality control testing at Chevron's pesticide factory in Richmond and then transitioned to working on a number of medical research studies. I helped conduct physician peer reviews at a San Francisco hospital and, when I eventually began looking for more challenging work, the doctors I worked with recommended that I apply to medical school. In retrospect, I should have followed their advice, but I instead decided to get a juris doctor degree from Hastings College of the Law in San Francisco. I worked as a research attorney at the California Court of Appeal for a number of years before going into private practice specializing in complex consumer litigation. As time passed, the California courts became more conservative and less receptive to consumer litigation and I found myself once again looking for a new direction. Now, I teach online classes on how to quiet inflammation. I am a professional herbalist and have written several books. You can learn more about my work and classes at TQIDiet.com

Turn Off the Stress, Breathe Deeply
Snowballs and Snowboards